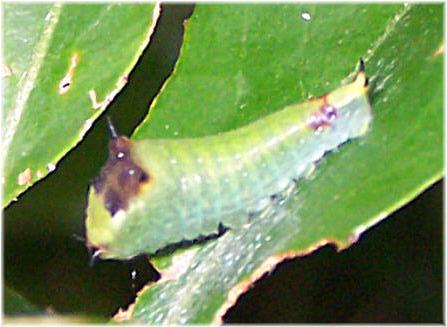 This species was probably named after Alexander Macleay, a great international entomologist, and at that time (1814) the chairman of the Linnean Society of London. Later he emigrated to Australia, taking his great insect collection with him, and using it to found the Macleay Museum at the University of Sydney.

The Caterpillar is green with a humped thorax. Initially it has a black hump and a black forked tail. Later it becomes plain green with small white dots over the body, and two narrow yellow lines along the back. It feeds on the foliage various species of Sassafras:

and various other subtropical trees, including:

The caterpillar grows to a length of about 4 cms. 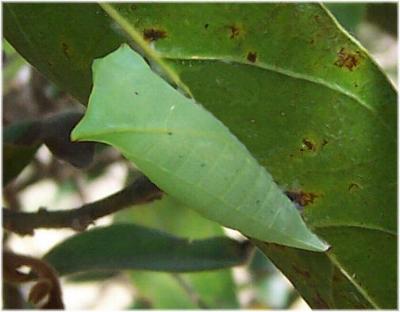 The pupa is green with thin pale lines and a peaked thorax. It suspended from a cremaster and girdle on the underside of foodplant leaf. 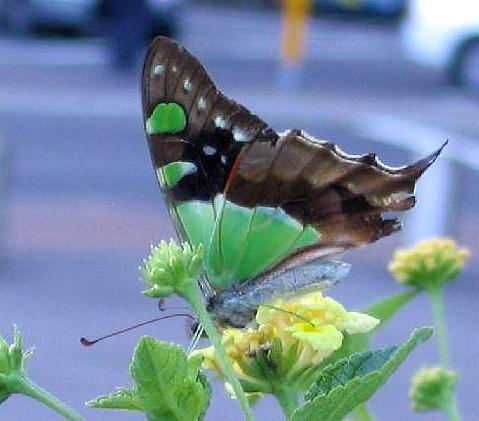 The adult butterflies have a wing span around 8 cms. The upperside of the wings is green with black and white markings.

Males congregate around hilltops, where they can be seen defending their territory from rival males and courting passing females. We used to watch them flying above the eucalypts at the highest point of a local hill. They rarely came down to a catchable height.

The undersides are green with black and brown margins.

Various races have been described, including:

although the adults show a geographical and seasonal colour variation making the validity of the races wilsoni and insulanum doubtful.

The eggs are round and pale green. They are laid singly on young shoots of a food plant.